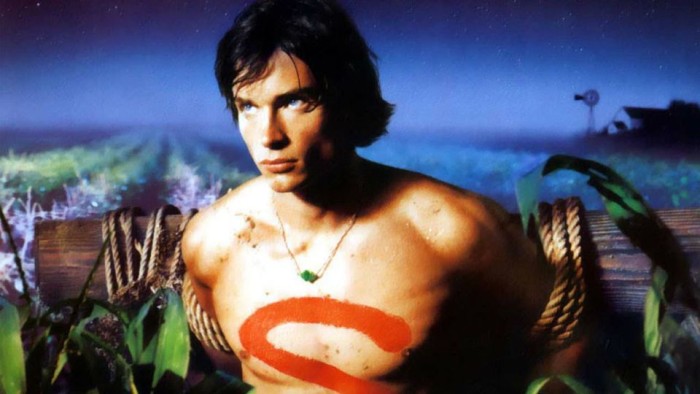 Smallville was a few years ahead of its time. Since the show wrapped up its run back in 2011, the “Arrowverse” has exploded in popularity, incorporating Supergirl, The Flash, Green Arrow, and several other comic book heroes into the mix, leaving Tom Welling‘s version of Clark Kent as just a faded memory.

But now fans will get to see Welling reprise his role as Superman in Crisis on Infinite Earths, the huge five-part crossover event series which marks the most ambitious thing The CW’s superhero shows have ever done. This will be the third Superman in the crossover, alongside Tyler Hoechlin from Supergirl and Superman Returns star Brandon Routh playing the Kingdom Come version of the character. Get the details below.

According to TVLine, Welling will be back as Kal-El/Clark Kent/Superman in the five-part crossover, which will “reveal what happened to Clark Kent almost ten years” after Smallville came to an end. Arrow executive producer Marc Guggenheim knows that none of this would be possible without Smallville and Welling’s performance in that show:

“For eight years, Arrow has stood on the shoulders of Smallville. Simply put, there would be no Arrow, and no Arrowverse, without it. So when we first started talking about ‘Crisis on Infinite Earths,’ our first, second and third priorities were getting Tom to reprise his iconic role as Clark Kent. To say that we’re thrilled would be a Superman-sized understatement.”

Welling hinted at his involvement with this crossover last month before then outright denying he would be a part of it, so it looks like someone at The CW asked him to keep a lid on it until this report finally confirmed it. Also joining him will be Erica Durance as Lois Lane, as revealed by Entertainment Weekly. But this won’t be her first appearance in the Arrowverse since she took over the role of Kara Zor-El’s (Melissa Benoist) mother Alura from Laura Benanti in Supergirl’s third season.

During the early years of Smallville‘s run, Welling had a doe-eyed innocence about him that worked extremely well for a Clark Kent who was still wrestling with where he fit in the world. Thanks to the show’s “no flights, no tights” rule, fans only got a short glimpse of Welling in the full Superman suit before the series came to a close. We assume he’ll be rocking the suit in this crossover, and if he does, that should be a particularly interesting challenge for Welling. It’s not a clear-cut instance of an actor returning to play a character; he’s theoretically playing a more mature, evolved version of that character, and it’s almost like fans will get a glimpse of what his iteration of Superman may have been like if he went on to play the Man of Steel in the movies after the show ended.

TVLine also has a list of who else will be involved:

Previously announced casting includes unspecified characters from Black Lightning, which to date has never fully been a part of the Arrowverse; veteran voice actor Kevin Conroy (Batman: The Animated Series, Batman Beyond) as “Bruce Wayne from the future”; LaMonica Garrett (“Elseworlds”) as both the Monitor and the Anti-Monitor; Hoechlin and Elizabeth Tulloch as Supergirl‘s Clark Kent/Superman and Lois Lane; Legends‘ Routh pulling double duty as the Kingdom Come version of Superman; Jon Cryer as Supergirl‘s Lex Luthor; and Batman‘s Burt Ward in an undisclosed role.

Crisis on Infinite Earths begins with a Supergirl episode on December 8, 2019.

The post The CW’s ‘Crisis on Infinite Earths’ Will See Tom Welling Reprise His Role as Superman appeared first on /Film.

Fantastic Fest 2019 Day One: ‘Sweetheart’ is a Killer Creature Feature, ‘First Love’ is the Best Takashi Miike Film in Years, and ‘Guns Akimbo’ is ‘Scott Pilgrim’ Via Axe Body Spray

Images from a Haunted Ship in the Gary Oldman-starring ‘Mary’